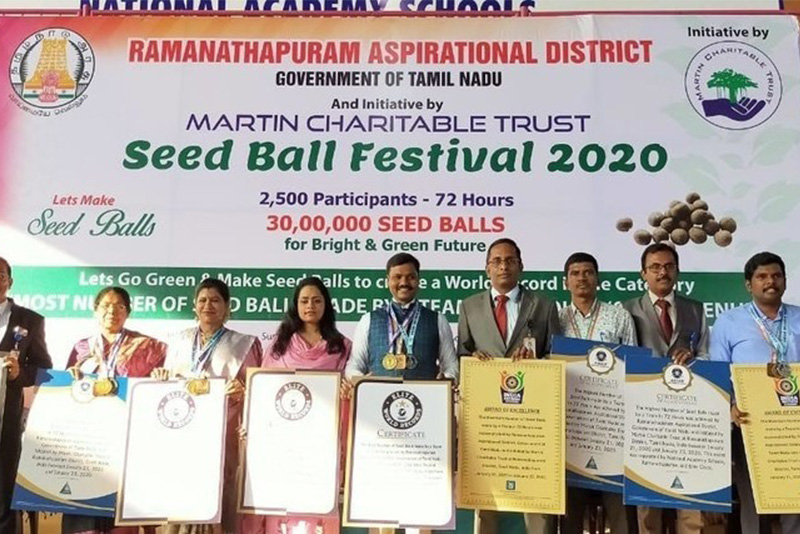 SeedBalls: An Alternative To traditional Agriculture is Gaining Popularity

The hand-formed seedballs ( seed bombs ) consist of a sustainable seed mixture, soil, natural clay and the best tap water. The rock-hard balls can be thrown over walls and obstacles onto wasteland, industrial plants and other gray places .

The natural clay protects the seeds from birds and other animals. The next time it rains or when water is used to help, the seed balls soften and the seeds begin to germinate in the peat-free soil. So nature comes back to the city and a paradise for bees , butterflies and other useful insects is created.

"More than 2500 students were engaged in making seed balls. Students were associated in the task to sensibilise them towards climate change and were endeavoring to establish a greener environment. Seed balls will be distributed for planting along tank bunds, public parks and stops," said the Collector. "Ramanathapuram is often known as a dry region, we need to change the substance of it by mass circulation of seed balls. The locale has around 3500 ooranis and 640 tanks heavily influenced by the Public Works Department," he said.